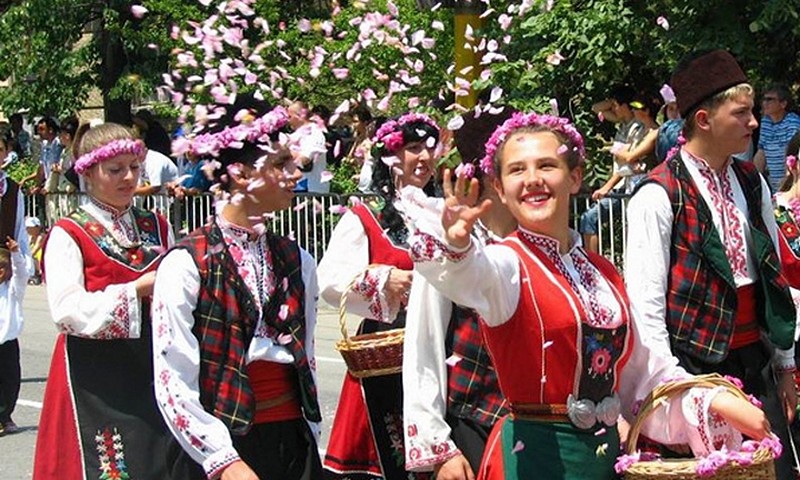 THE TOWN OF ROSES


The air in Kazanluk bears the fragrance of flowers. The vicinity of the town has been turned into wonderful rich gardens where grow the world famous roses for extracting the invaluable rose oil. 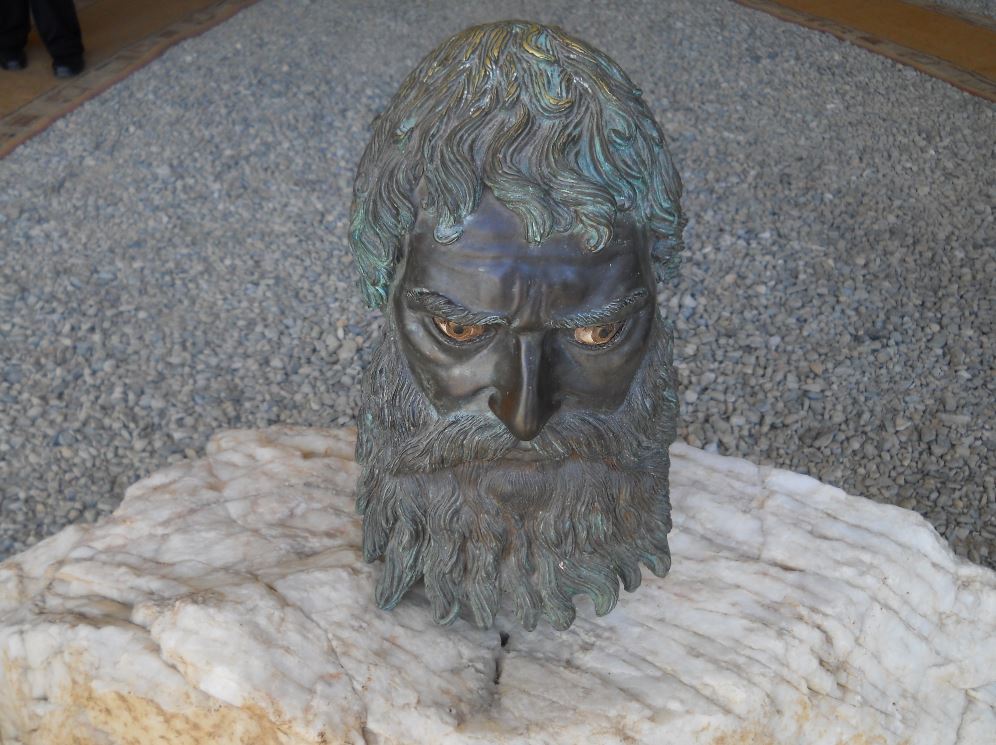 The first established settlement on the territory of Kazanluk dated back to 5th - 4th millennia BC. It is during the 6th - 5th centuries BC when the Thracian city Seuthopolis emerged. Named after the Thracian king Seuthes III, who ruled in the 4th century BC, now the remnants of the Thracian capital of the Odrysian kingdom are under the waters of Koprinka dam (7 km from Kazanluk). 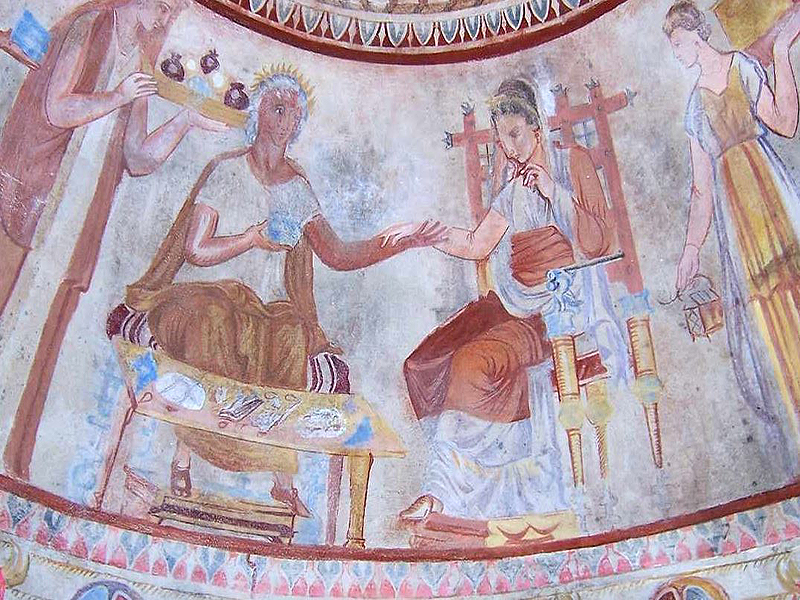 There are remnants of numerous heathen temples and burial mounds of the great Thracian civilization in the valley of Kazanluk (called Valley of the Thracian kings), with more than 500 around Kazanluk alone. Hundreds of gold, silver, bronze and clay Thracian artefacts have been found in the area, becoming part of the world cultural heritage. The heir to the ancient Seuthopolis, the present-day town of Kazanluk was established at the beginning of the 15th century. 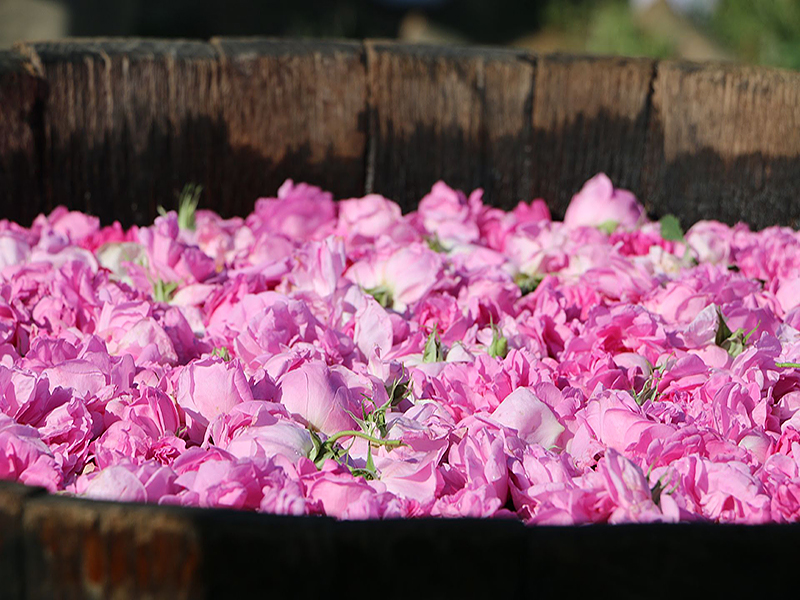 The oil-yielding rose (Rosa Damascena) was imported in Bulgaria in the 18th century from the Near East and found the most favorable conditions for growing in the valley between the Balkan (Stara Planina) and Sredna Gora mountain ranges - the worldwide famous Valley of Roses.

By the end of 19th century Kazanluk became well-known with its production of rose oil, copper processing & products, and with its original textiles. 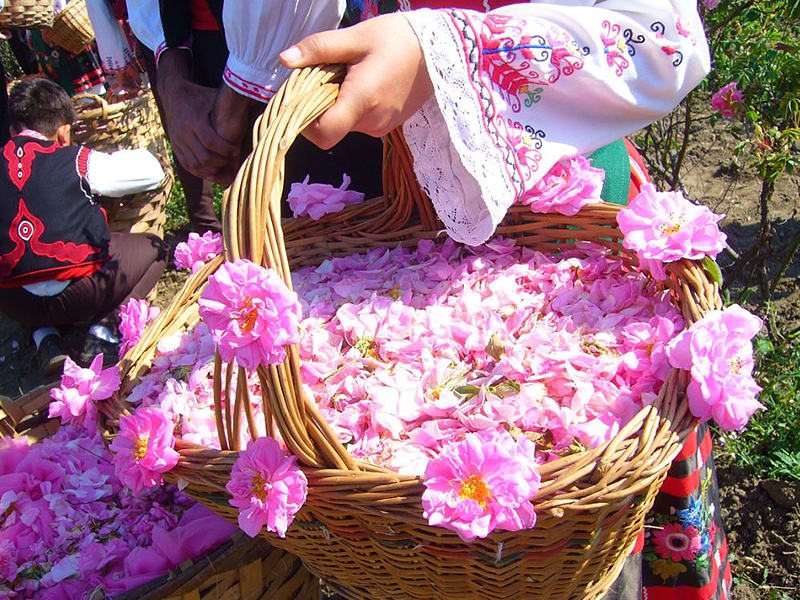 The town of Kazanluk is located in the eastern part of the Valley of roses. Here is the natural geographic center of Bulgaria - a crossing of the inner and the international roads.

The Rose Festival is one of the most remarkable events in Bulgaria, dedicated to beauty and flowers, to spring and the fragrance of the priceless Kazanluk rose. The Festival was celebrated for the first time in 1903 and since then it has traditionally been held during the first weekend of June. 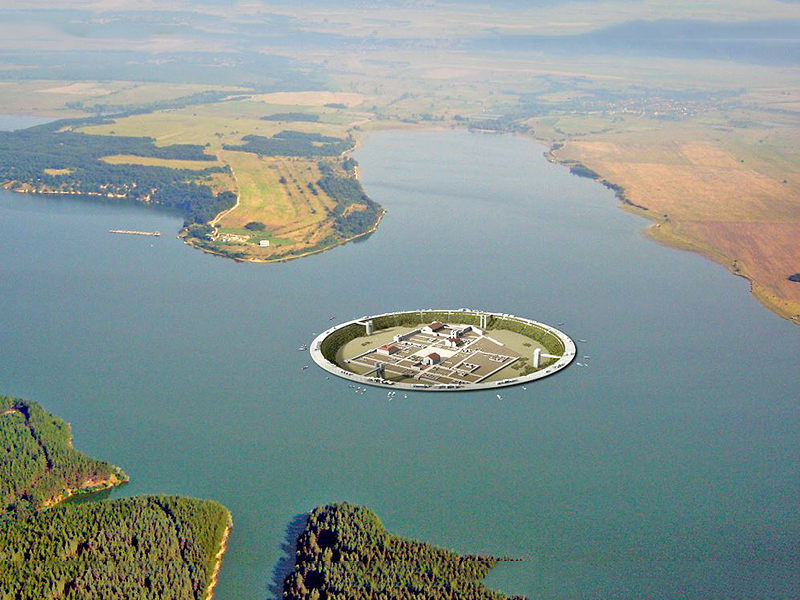 In 2007 the Seuthopolis project to fully rediscover the ancient Thracian city was presented, and an international campaign started by the 'Treasure the Bulgarian Heritage' National Union, for the restoration and conservation of the archaeological finds. Once the projects completes there is much hope that the region would become an international hub of tourism. 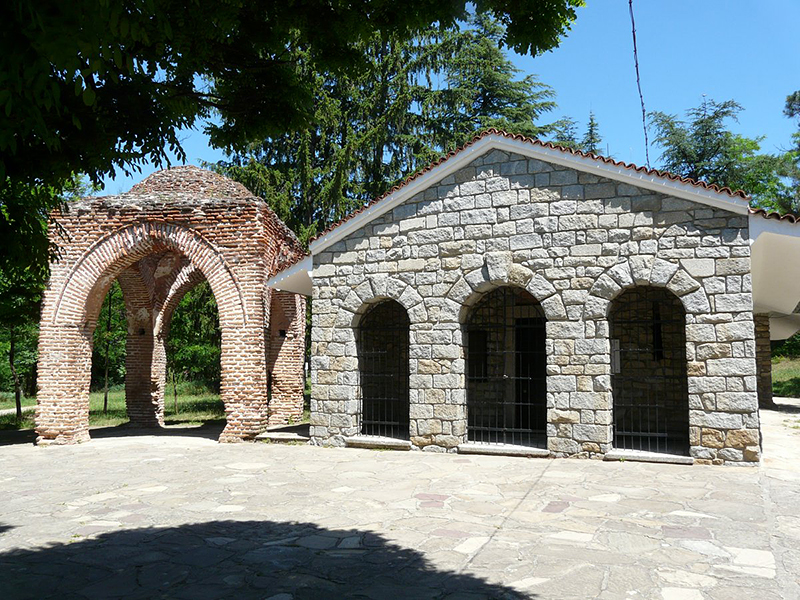 The wealthy Thracian civilization of the valley of Tonzos (now Toundja river) has left the world more than 15 burial tombs by now. The most famous among them are the Kazanluk Thracian Tomb (UNESCO World Heritage Site), and the Thracian tomb of king Seuthus III (4th century BC) in Goliama Kosmatka mound (5th - 3rd centuries BC). A temple used for Thracian Orphic cult rituals, in early 3rd century BC it was transformed into a burial tomb for king Seuthus III. The tombs offer unique insight into the life of the ancient Thracians. 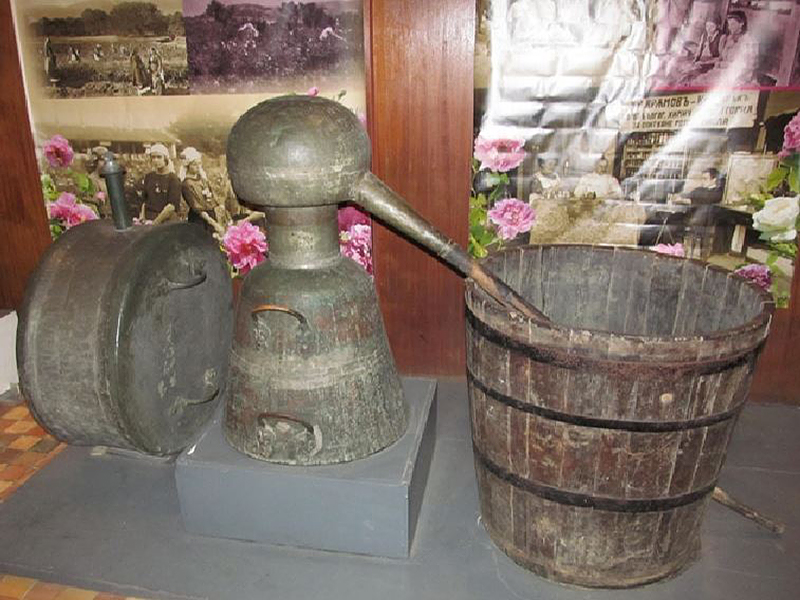 The Museum of the Rose (1969) is unique of its kind in the world. It explains the history and the technology for the production of the attar of roses. One of the biggest attractions in the museum is a rose oil vessel which had been used for the last time in 1947 to this day a strong rose scent can still be smelled around it. The museum is a tourist hot spot in the focus of attention during the annual Rose Festival - the most colorful event in the Town of roses, internationally recognized, where thousands of tourists and guests of the town are entertained. 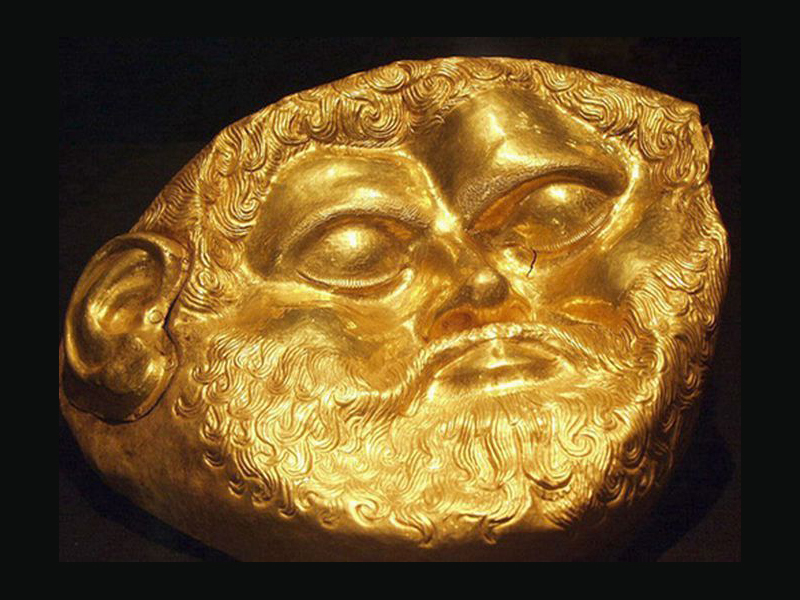 The History museum - more than 50 000 exhibits revealing the history of Kazanluk area from ancient times until nowadays have been kept at the museum. The most impressive expositions are the finds of Seuthopolis and of some of the Thracian tombs from the Valley of the Thracian Kings - golden and silver treasures, are displayed in three separate halls. Temporary exhibitions with valuable articles from this museum and loan-collections are arranged during the active tourist season. 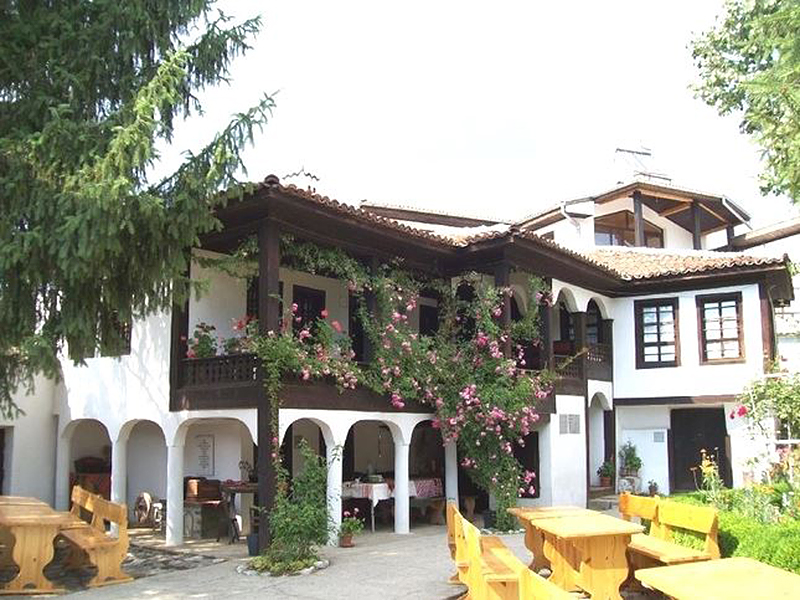 The Ethnographic museum gives an idea of the life in the 19th century, with examples of traditional local crafts - violin-making, coppersmith's trade and walnut oil extraction, a collection of farming tools and a working rose oil primitive distillery. The architecture and the house arrangement are typical for the Sub-Balkan region. 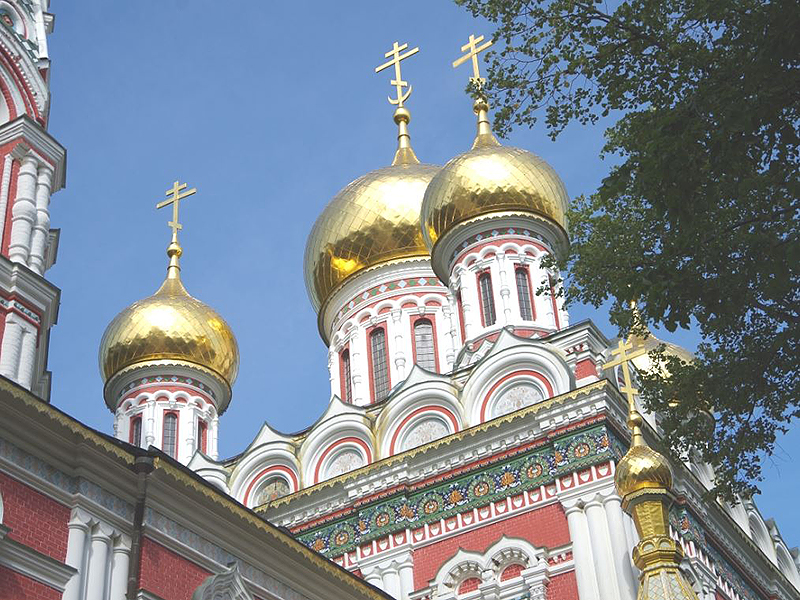 The Shipka Memorial Church is located only 12 km north of Kazanluk. Designed in 17th-century Russian church architecture style, the memorial was erected after Bulgarian independence as a monument to both Russian and Bulgarian soldiers killed at Shipka pass (1877-78). The golden domes and the red and green colored facade loom against the mountains and attract the attention of the travelers passing around Shipka. 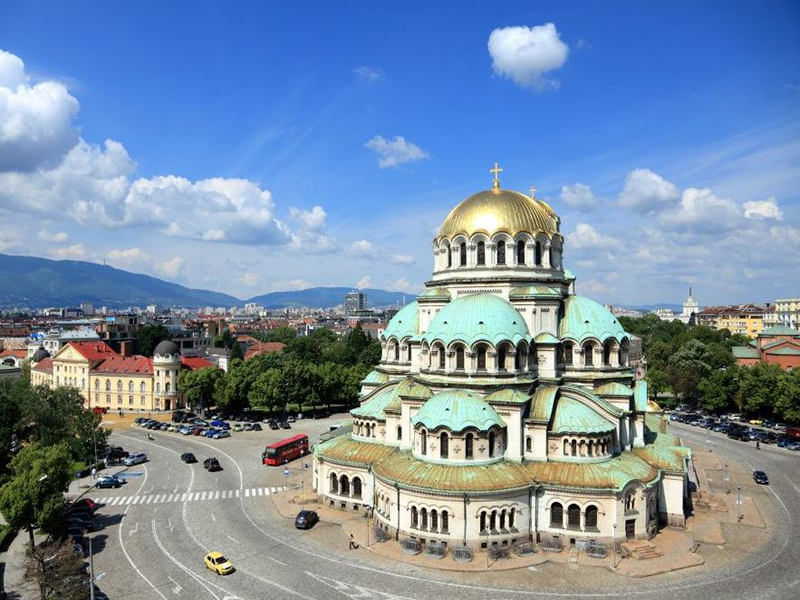 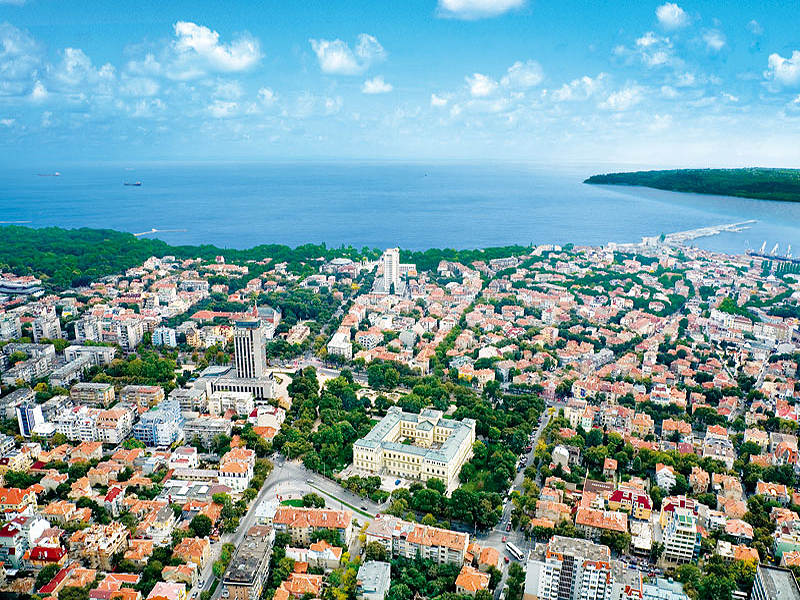 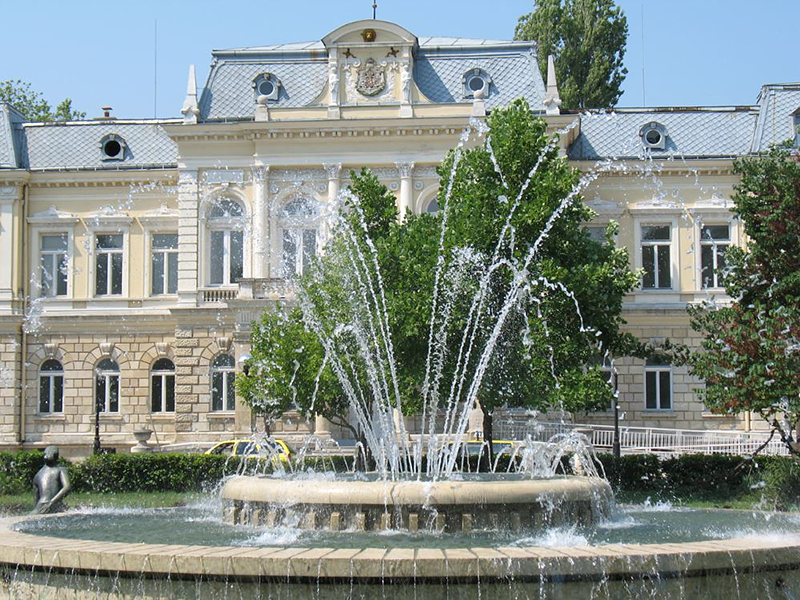 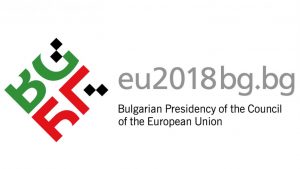