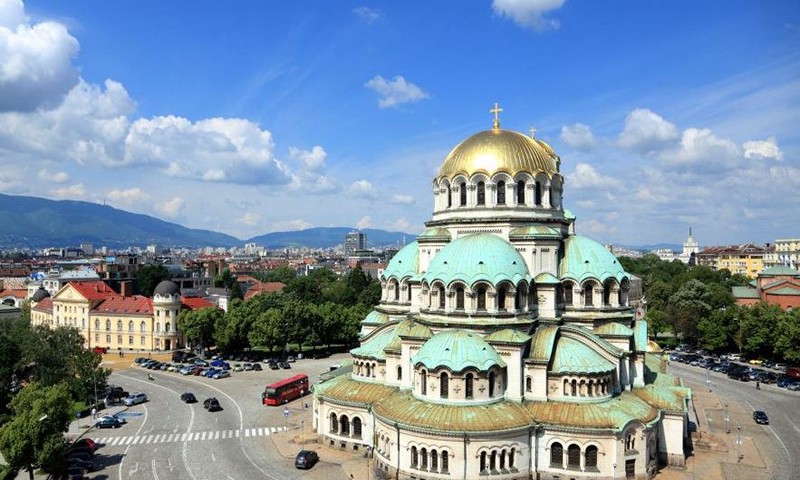 AMONG THE OLDEST CITIES IN EUROPE


EVER GROWING, NEVER AGING - the motto approved in 1900 and appended to the coat-of-arms of Sofia.

With its 8,000 years of history Sofia is the second oldest capital in Europe after Athens. Sofia, meaning Wisdom in Greek, is the 5th name of the town – following Serdica, Ulpia Serdica, Triaditza and Sredetz.

Located in the fertile Sofia plain, at the very heart of the Balkan Peninsula, on the strategic crossroads between East and West, the city was a much attractive center for many tribes and nations, travelers and conquerors. This was why it repeatedly experienced periods of upheaval and decay, but always managed to revive anew, even more magnificent and powerful. 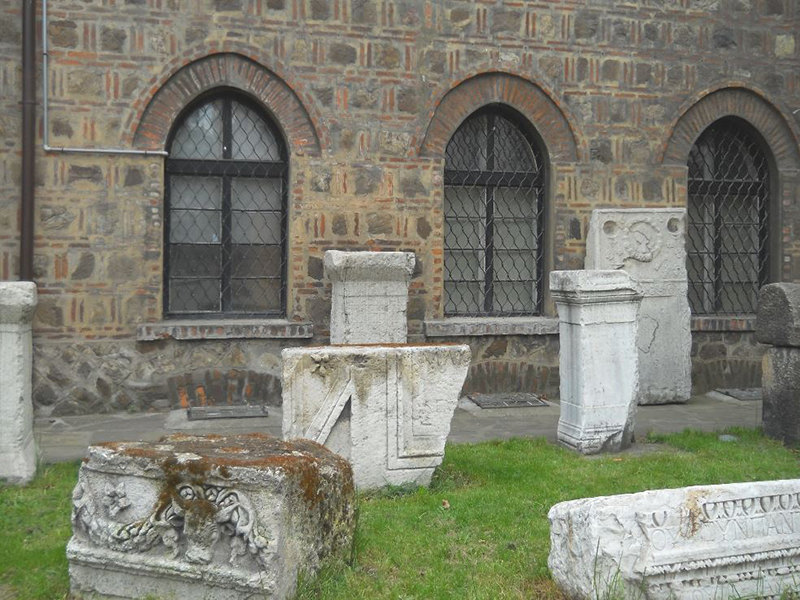 The earliest Neolithic settlement in Sofia area (Slatina) dates back 8,000 years ago. This happens in the Early Neolithic Age when the first farmers and cattlemen in Europe settle here. This important evidence shows the roots of the first European civilization in the area of present-day Sofia.

The Thracian tribe Serdi settled in Sofia region as far back as the 8th century BC founding the Thracian town of Sardonopolis (Serdica). They were one of the 22 Thracian tribes forming the numerous Thracian people. Serdica is the oldest name known till now and possessed for the longest time. 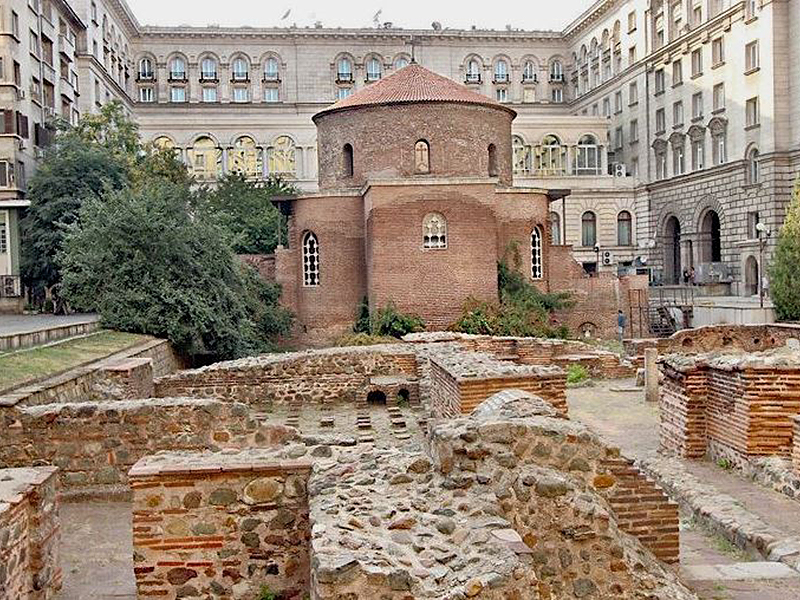 In the 1st c. Serdica was conquered by the Romans who expanded the city with fortified walls, basilicas, baths, amphitheatre, forum, and many other public buildings. During the reign of Mark Ulpius Trayanus the city was named Ulpia Serdica in honour of the emperor. Serdica reached its peak under emperor Constantine the Great (306 – 337 AD) becoming his favorite city. He referred to it as 'Serdica is my Rome'. The pride of Serdica were the numerous warm mineral water sources called thermae. After the huns invasion in 447 AD, the Byzantine Emperor Justinian rebuilt the city and renamed it to Triaditza. The St. George Rotunda (4th c.) is considered the oldest building in Sofia survived from the Roman era. 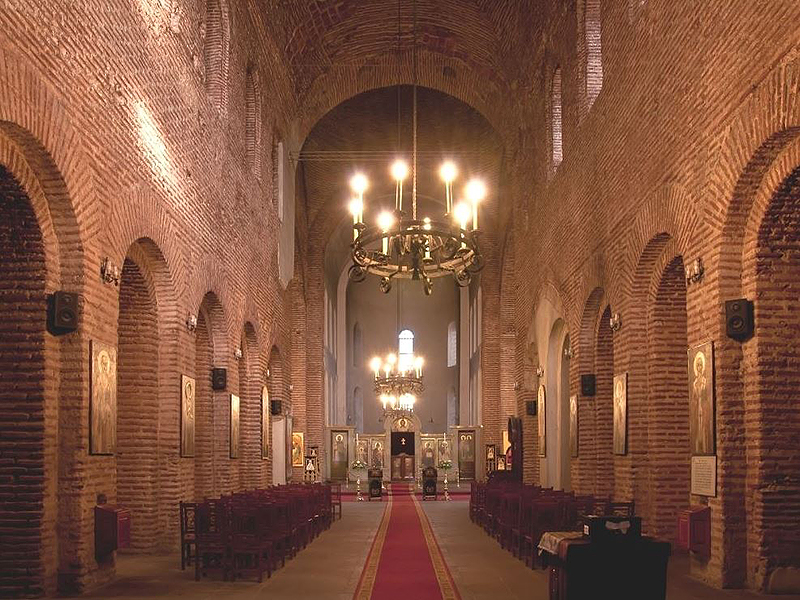 After a long siege, in 809 the city became part of the First Bulgarian Empire (7th - 9th c.) during the reign of Khan Krum. It grew into an important fortress and administrative center. Khan Omurtag renamed it to Sredetz because of its central strategic location. During the time of The Second Bulgarian Empire (1185-1393), Sredetz took the appearance of a large medieval city – with many small churches and monasteries, some of them survived until now. That was also the time (1376) when the city gained the name Sofia (meaning Wisdom in Greek) in honor of the city’s major symbol the St. Sofia Basilica (6th c.). 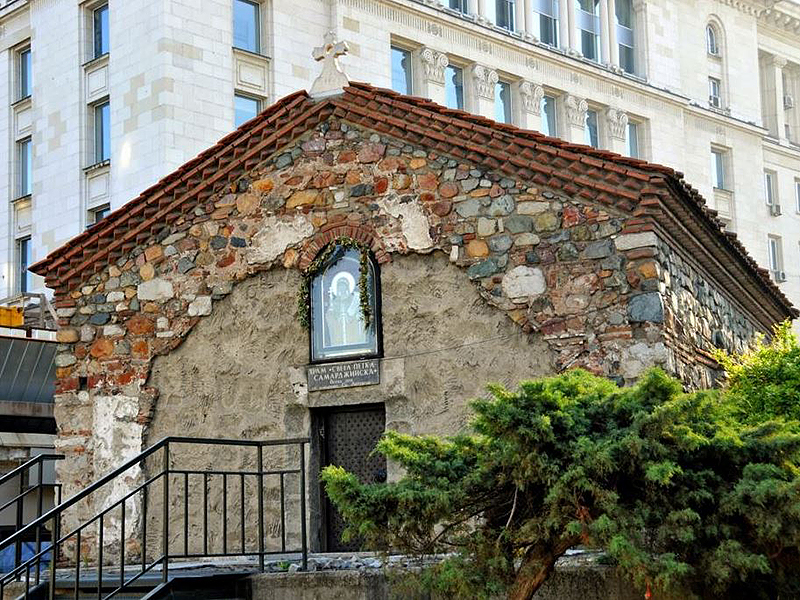 The year 1382 determined a large part of Sofia's history when the Ottoman Empire conquered the city. The city became the capital and major trade center of the Ottoman province of Rumelia for more than 4 centuries. In the 16th c., Sofia's urban layout and appearance began to exhibit a clear Ottoman style, with many mosques, fountains and hamams (bathhouses). Today the only surviving building from that time is Banya Bashi Mosque. In the same time, many churches were destroyed, abandoned or converted into mosques. The tiny St. Petka Samardjiiska Church is a very rare survivor from that time.

Sofia was liberated 5 centuries later (1878), and the city was declared capital of the newly-liberated Bulgarian state on April 3, 1879. 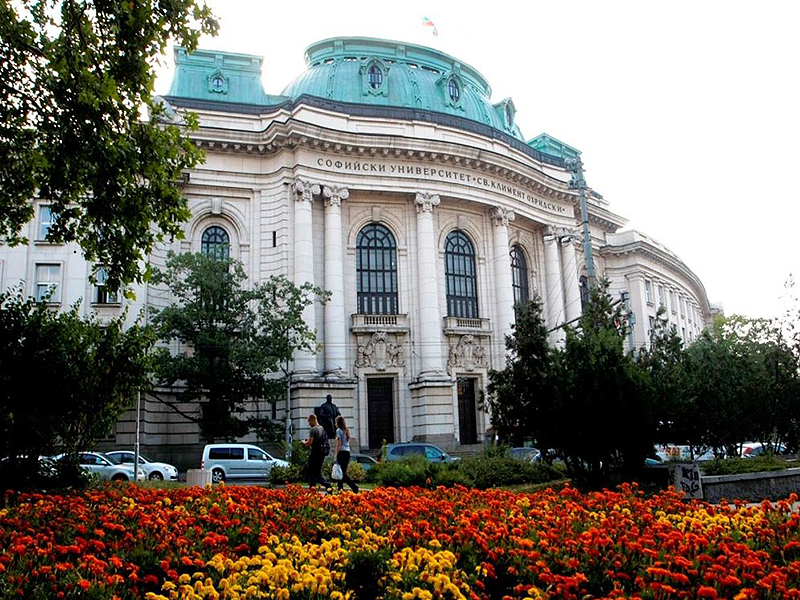 The outlook of Sofia combines a wide range of architectural styles, some of which are hardly compatible. They vary from Christian Roman architecture and medieval Bulgarian fortresses to Neo-Classicism and Socialist-era buildings. These include the 4th c. St. George Rotunda Church, the remains of ancient Serdica and the partially preserved Amphitheatre of Serdica.

One year after the Liberation (1879), many architects from Austria–Hungary were invited by Knyaz Alexander Battenberg, to shape the new capital's architectural appearance. Later, many foreign-educated Bulgarian architects also contributed. Thus, the architecture of the central part of Sofia is a combination of Neo-Baroque, Neo-Rococo, Neo-Renaissance and Neo-Classicism. One of the best examples of Neo-Baroque style in Sofia is the building of the Sofia University (1924). 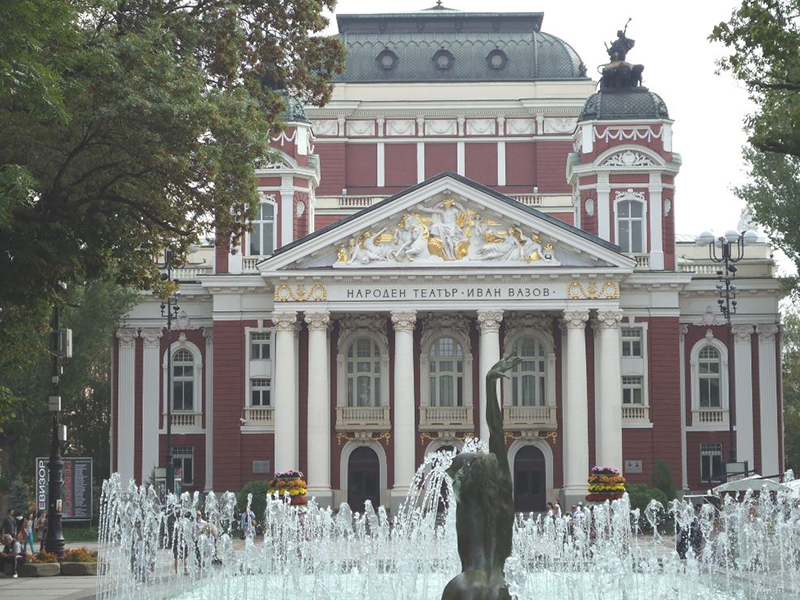 Today Sofia is a vivid and dynamic city and home to an outstanding array of cultural events. The National Theatre is the oldest and most authoritative theatre in the country and one of the important landmarks of Sofia. It is located in the center of the city, with the facade facing the City Garden. The theatre's Neo-classical building, designed by famous Viennese theatre architects Helmer & Felner, was completed in 1907. The 40m high façade, is fronted by a large pediment, supported on six white marble columns, depicting Apollo and the muses. 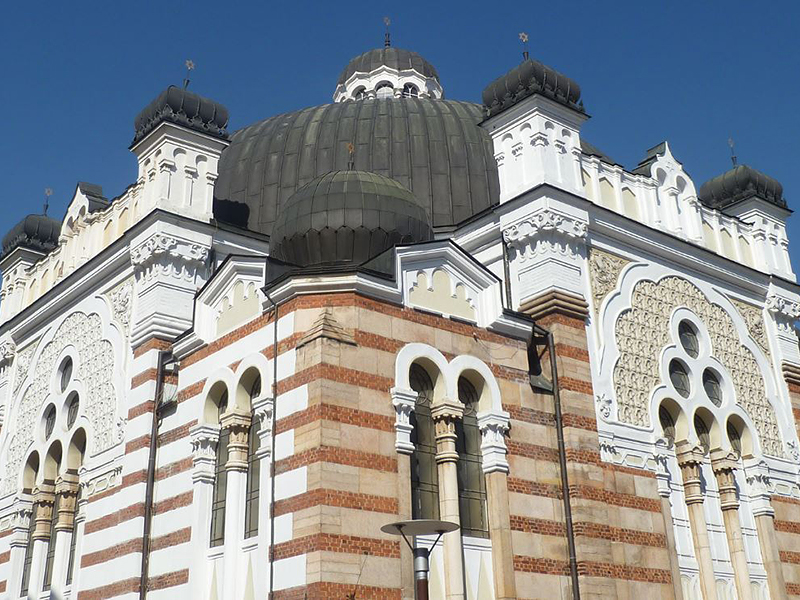 Three magnificent buildings in Sofia are located in the very center. The capital is known for its so-called Triangle of Religious Tolerance - Cathedral, Mosque and Synagogue stand in close proximity. The religious communities in the country co-exist peacefully for centuries. The St. Alexander Nevski Cathedral (1912), built in Neo-Byzantine style, is one of the largest Eastern Orthodox cathedrals in the world. It serves as the cathedral church of the Patriarch of Bulgaria. Banya Bashi Mosque (1576) is the only functioning mosque in Sofia. It was built over the natural thermal spas. The name means many baths. The Sofia Synagogue (1909) is the third largest in Europe, constructed by the Austrian architect to serve the Sephardic Jewish community in Sofia. Since 1992 the Synagogue also houses the Jewish Museum of History, which includes the Jewish Communities in Bulgaria and the Holocaust and the Salvation of the Jews in Bulgaria expositions. 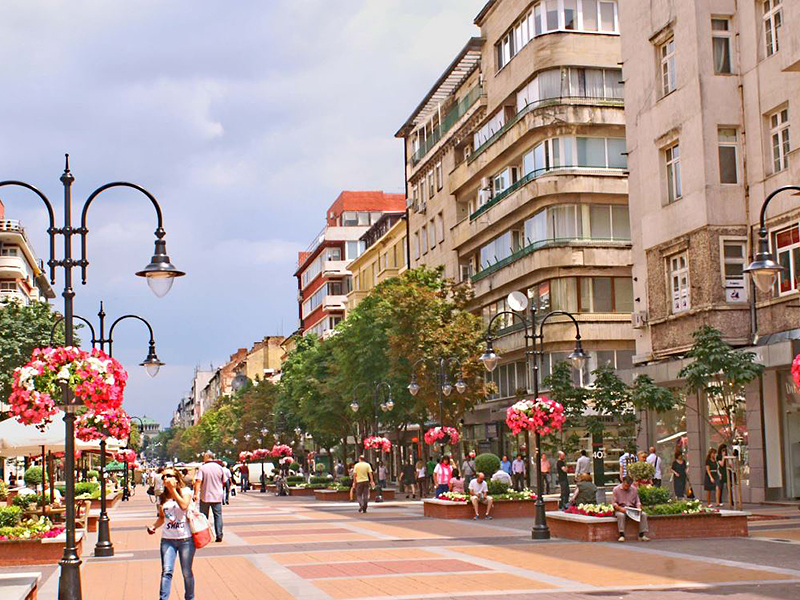 Like Vesuvius towering over the city of Naples, Sofia has its own guardian mountain, Mount Vitosha, which watches over the chaos of the present-day life. The main boulevard and commercial area in Sofia is named after the mountain and is diminutively referred to as Vitoshka Boulevard (Little Vitosha). The boulevard is abandoned in many posh stores, restaurants and bars and since it is a pedestrian zone, is a favorite place for strolling and relaxation. Vitoshka is surrounded by some of Sofia’s nicest buildings, such as the Sofia Court House (1940) and St. Nedelya Orthodox Church. According to a 2016 Cushman & Wakefield study, Vitosha Boulevard is the world's 52nd most expensive trade street. 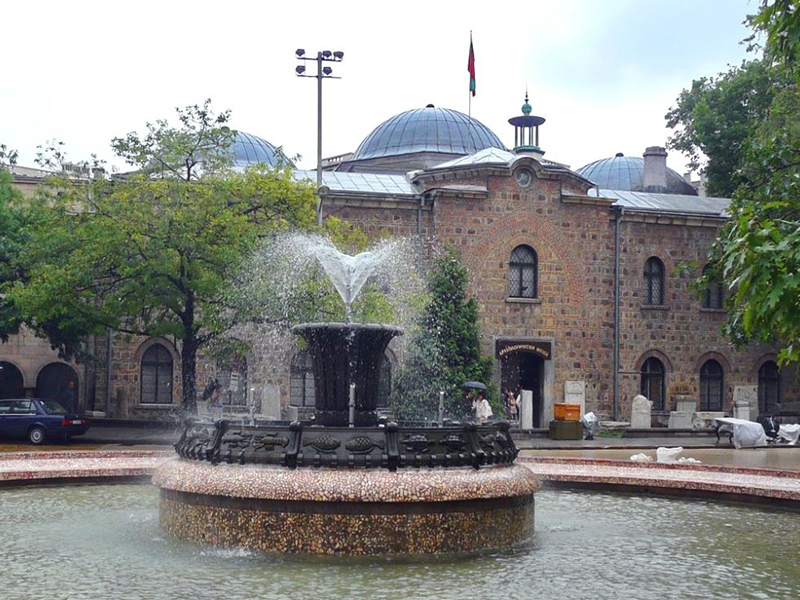 The Archaeological museum in Sofia is the oldest museum in Bulgaria, housed in Buyuk Mosque (Big Mosque) since 1899. The mosque is the oldest preserved building from the Ottoman period, dating back to the end of the 15th c. With its major restoration in 2000, now it is one of the most charming museums in Sofia. The setting in the white, airy 9-domed former mosque is ideal for displaying the country’s ancient treasures. Its collection includes golden and silver treasures, coins and pre-historical monuments from the Bulgarian lands through Antiquity and the Middle Ages. Two of the most well-known Thracian treasures are located here: the Valchitran golden treasure (13thc. BC) and Lukovit silver treasure (4th c. BC), as well as the original floor mosaic (4th c.) from the base of St. Sofia Basilica. 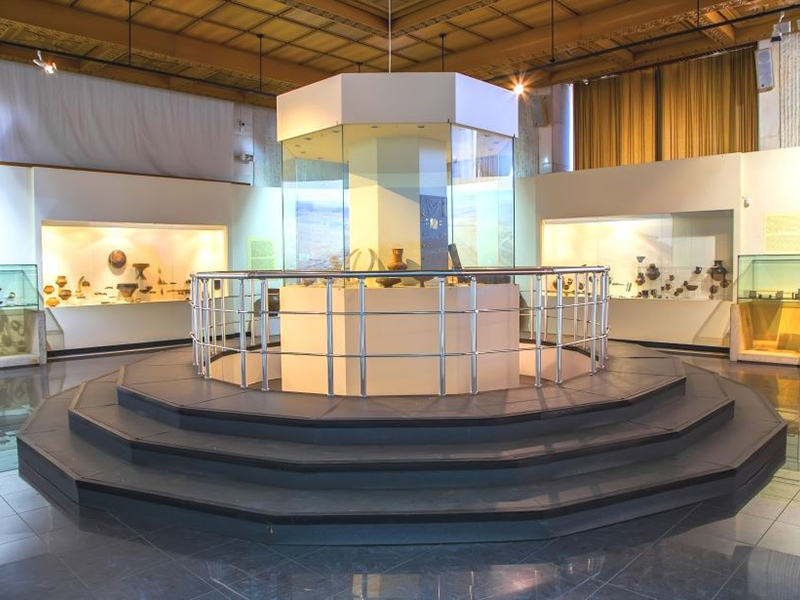 The National History Museum is one of the largest and richest history museums on the Balkans. Its first representative exposition was opened in 1984 to commemorate 1,300 years of the establishment of the Bulgarian state. More than 700,000 cultural monuments are preserved inside it, representing the history of the Bulgarian lands for a period of 8,000 years. The collection includes the oldest crafted gold in the world, created by the oldest civilization in Europe, founded on the territory of Bulgaria (Varna area), the world’s famous Thracian golden and silver treasures, ceramics, bas-reliefs from Bulgarian medieval capitals, etc. The Boyana Church (10th c.), recognized by UNESCO, is located close to the museum, making the visit of both sites highly attractive. 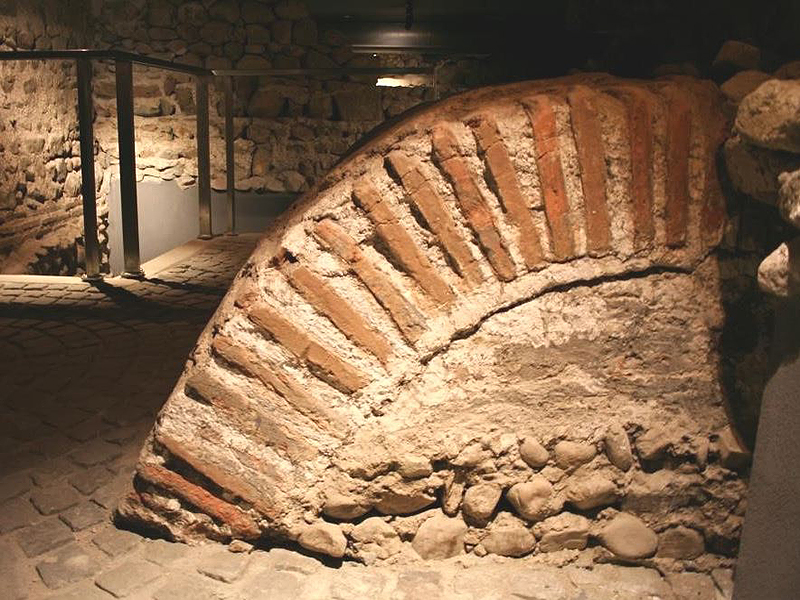 The Underground Archaeological Museum was opened in 2013 in the vault of the St. Sofia Basilica where the Necropolis of Serdica was taking place for centuries. 49 graves and tombs from the 3rd and the beginning of 5th c. were restored, conserved and exhibited at a depth of 6 meters. The remains can be seen following a special route of 1200 sq. m., where the bases of the small churches, Christian murals and parts of unique mosaics are exposed. As part of the museum, the tomb of Honorius (5th-6th c.) is open to visitors in front of St. Sofia Basilica. It is defended by a glass construction, which allows a glance of it from above. It is the only tomb from the late Antiquity in Bulgaria where the name of the deceased exists. 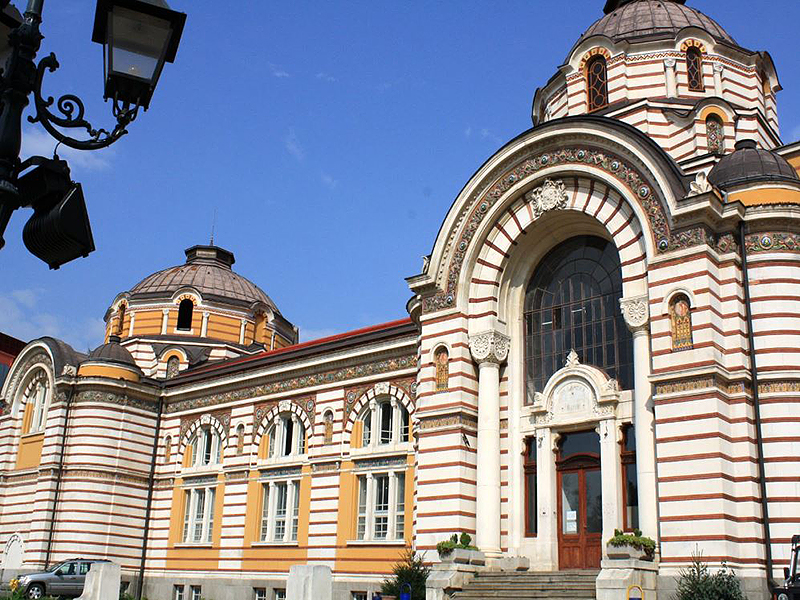 The newly opened Sofia Museum (2015) is dedicated to the city history exhibiting artefacts from 6,000 BC to present days. It is housed in the magnificent building of the former Central Baths (1908). The building was designed in Vienna Secession style, integrated with typically Bulgarian, Byzantine and Eastern Orthodox ornamental elements. Among the many items on display, there is a reconstructed Neolithic house, the first tram of Sofia (1901), costumes, furniture, etc. Many exhibits relate to the former royal family, gifts from Queen Victoria (1837-1901) to King Ferdinand I (1887-1918), such as the 18th c. golden carriage, used before its arrival in Bulgaria by Marie Antoinette (1774-1792). One of the highlights in the museum is the first Mercedes on Bulgarian roads, driven by King Ferdinand in 1906. 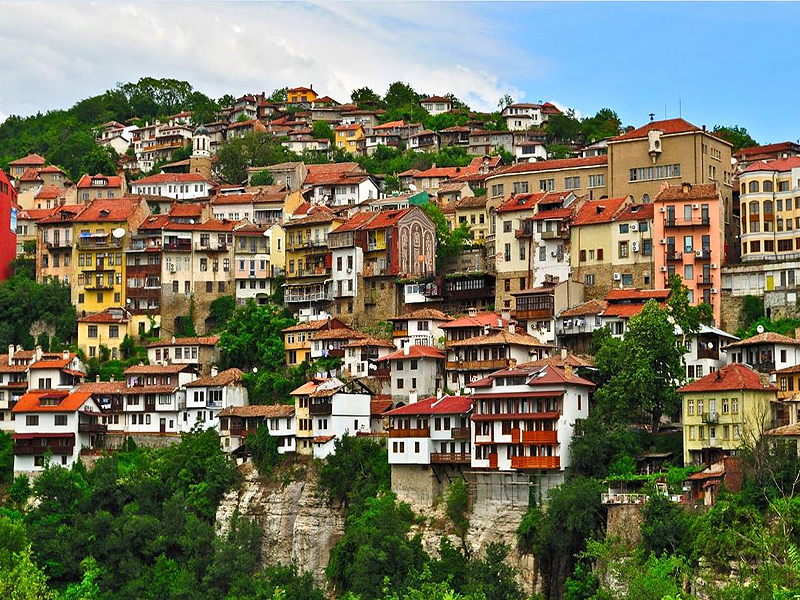