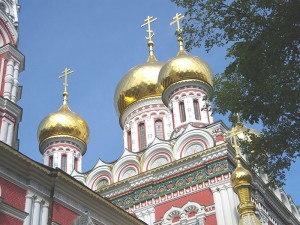 The Memorial Temple of the Birth of Christ better known as the Shipka Memorial Church or Shipka Monastery is a Bulgarian Orthodox church built near the town of Shipka between 1885 and 1902 to Antoniy Tomishko’s design in the seventeenth-century Muscovite style, under the direction of architect Alexander Pomerantsev. It is dedicated to the Russian, Ukrainian and Bulgarian soldiers that died for the liberation of Bulgaria in the Russo-Turkish War, 1877-78.